The Deep sea is divided into many zones. The deep sea often begins with the abyssal zone.

The Abyssal Zone is one of the many benthic zones we have highlighted to describe the deep oceans. This particular zone is found at depths of 2,000 to 6,000 meters (6,560 to 19,680 feet) and stays in perpetual darkness.

How is the deep sea defined? Many assign an exact depth limit to this zone: beginning at 1000 fathoms (1828 m).

However, conditions at exact depths vary from place to place, so deep-water ecologist Tony Koslow defines it as the area below which photosynthesis can function. In general, that means that anything below about 600 feet (200m) is considered the deep sea. In this short biome video we discuss the deep sea while going to 2,000 feet in a homemade submarine. We hope it is informative and useful as you’re learning about this unique habitat. 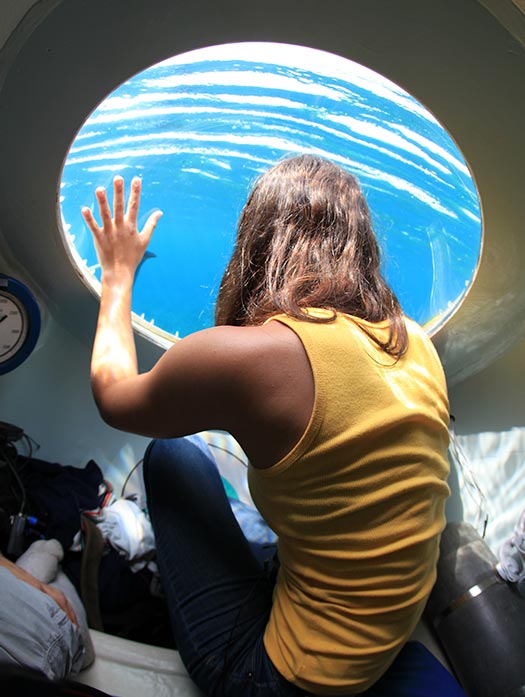 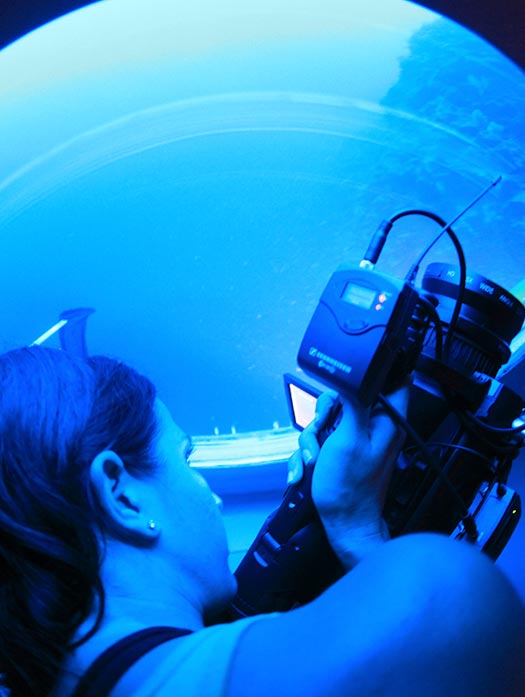 Pressure
Because water pressure increases one atmosphere every 33 feet in depth, animals in the abyssal zone must be able to withstand tremendous amounts of pressure. This pressure makes it very difficult for humans to explore the deep ocean. For example, the deep Marianas trench off of the Philipeans is almost completely unexplored. The only submersible that has made these depths is the French bathyscaph Trieste.

Creatures: Animals
Animals in the deep ocean are unique. Because food is scarce in this zone most animals have large gaps to ingest any possible food. A great example of this is the deep-sea anglerfish. In many ways the deep sea is about eat or be eaten.

Deep Sea vents: Chemosynthesis, the basis of life in the deep sea
A remarkable find when submersibles starting probing the deep sea was the presence of extraordinary abundance of life around mid-ocean vents. Previously, scientists believed that little lived at these extreme depths. The only food that would have been available was through dead animals floating down from the surface waters. So what was this abundance sustaining itself on?

The answer came from the discovery that bacteria in the vents were able to convert hydrogen sulfide coming out of the vents into energy. These bacteria then supported large tube worms, crustaceans, and multitudes of other organisms.

The most amazing part of this find was that science had found organisms whose primary energy source was not the sun. It was previously thought that life depended on photosynthesis, converting sunlight to energy. This new find made us ask questions about how life arose on planet earth. Could it have started through chemosynthesis?

The Zones of the Deep Sea

The ocean is a vast body of water that stretches from tropical waters to frigid polar regions, from shallow seas to deep ocean trenches. The oceans cover about 71 percent of Earth’s surface, and about 90 percent of that is considered deep water (below about 600 feet). This vast, pelagic area is further divided into Deep Sea Zones. Each zone has characteristic life and conditions. Below is a short description of each.

Mesopelagic Zone: Also called the “Twilight Zone,” the Mesopelagic zone still receives some light, but it is not enough to fuel photosynthesis. Organisms here have adaptations to see and keep from being seen. Eyes of animals in this zone are often quite large, to collect any available light. Bioluminescence is prevalent here, helping creatures disguise their silhouettes from animals below them . Most sources give the depth range of this zone as 200 meters down to 700 or 1000 meters, but the exact depth is dependent on the clarity of the water, determining where photosynthesis can no longer take place.

Bathypelagic Zone: The Mesopelagic Zone becomes the Bathypelagic Zone when light no longer penetrates the water. It is a depth that in most open ocean systems is about 1000 meters, but can be much shallower along coastlines. For instance, in Honduras (where Karl Stanley flies his submarine) the depth is closer to 550 meters, due to the proximity to land.  This zone is also marked by very low temperatures (5 or 6 degrees Celsius) and having a very low organismal biomass, a trend that will continue until reaching the ocean floor.

The boundary between the mesopelagic zone and the bathypelagic zone contains The Deep Scattering layer – a layer of fish, squid, crustaceans etc, that migrate each day from the deep ocean to the shallows at night. Scientists noticed a huge, scattered sonar signal that was deep during the day and rose to shallower water as night fell.  It was perplexing at first. Instead of one, giant creature that moved up and down the water column, it turned out to be countless small creatures in their daily migration from deep water protection to feeding in shallower water at night. 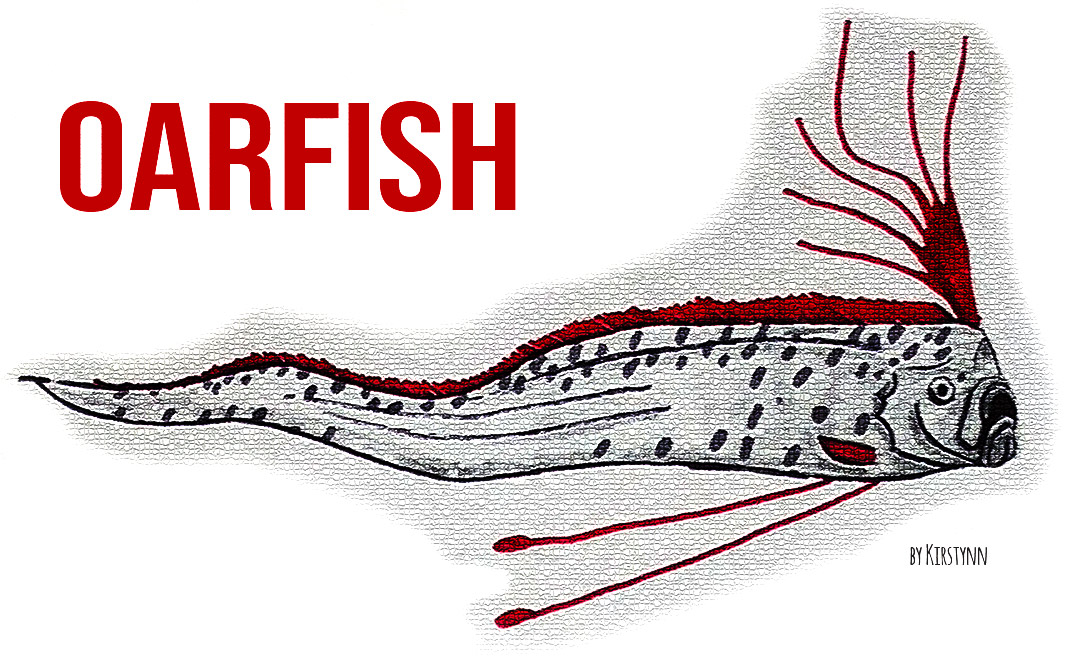 Abysso-pelagic Zone: This zone is also called the Abyssal Zone or the Abyss – derived from the Greek word meaning “bottomless sea.” It refers to waters directly above the continental rise (at about 3000 meters) down to about 6000m. The exact line between the Bathypelagic Zone and the Abyssopelagic Zone is difficult to define, but it is often defined as the area where the water hits 4 degrees Celsius. It is also marked by darkness and uniform environmental conditions.

The conditions of the Abyssal Zone are almost constant. It is dark and cold at all times (averaging 2 degrees Celcius at 4000 meters). It is calm and unaffected by sunlight and turbulent seas, far above.  The water is very still, and the oxygen in the water derives solely on the amount of dissolved oxygen it had when it left the polar regions, from which all Abyssal water originates. No photosynthesis takes place to replenish oxygen, but the creatures here do consume more than is provided.  The nutrient salt concentration (nitrogen, phosphorus and silica) is uniform and higher than in the waters above because the Abyssal and Hadal Zones are the areas where dead biological materials settle to the floor.

The composition of the sea floor varies with depth. In areas where the sea floor is shallower than 4000 meters, the floor is mainly composed of calcareous shells of foraminiferan zooplankton and phytoplankton, like coccolithophores. If the sea floor is deeper than 4000 meters, the shells tend to dissolve, and the sediment is mainly composed of brown clays, siliceous remains of radiolarian zooplankton and phytoplankton, such as diatoms.

In spite of the fact that water near the sea floor is devoid of oxygen, there is a spike in biomass here. This is because the collection of sediment gives a food source. All major marine invertebrate phyla and many fish are represented at this depth, although there are few species and low numbers of each. Anything that lives here with a stalk must grow above that oxygen-poor layer, and anything with legs usually has long legs to walk above it. Fish at these depths often have huge, gaping, underslung jaws to sift through the sand and catch food.

Some creatures, like the anglerfish use a combination of a huge mouth and bioluminescence to catch prey, though carnivores and scavengers are much less abundant here than animals that feed on sea-floor mud and suspended matter.

Animals here must withstand pressures of up to 11,000 psi. They tend to be grey or black (for camouflage) and unstreamlined (for energy conservation). Many are blind, and they are thought to reproduce very slowly. Some examples of deep sea life here are the tripod fish, anglerfish and giant squid.

Hadal-pelagic Zone: The Hadal Zone or the Hadalpelagic zone is the layer of the deep sea below 6000 meters. Its found almost exclusively in deep ocean trenches. Here the pressures are tremendous, making it humanity’s least explored place. More people have been to the moon than to the Marianas Trench – the deepest part of the ocean at approximately 11,021 meters (36,160 feet). (Ref. NODC Frequently Asked Questions ) 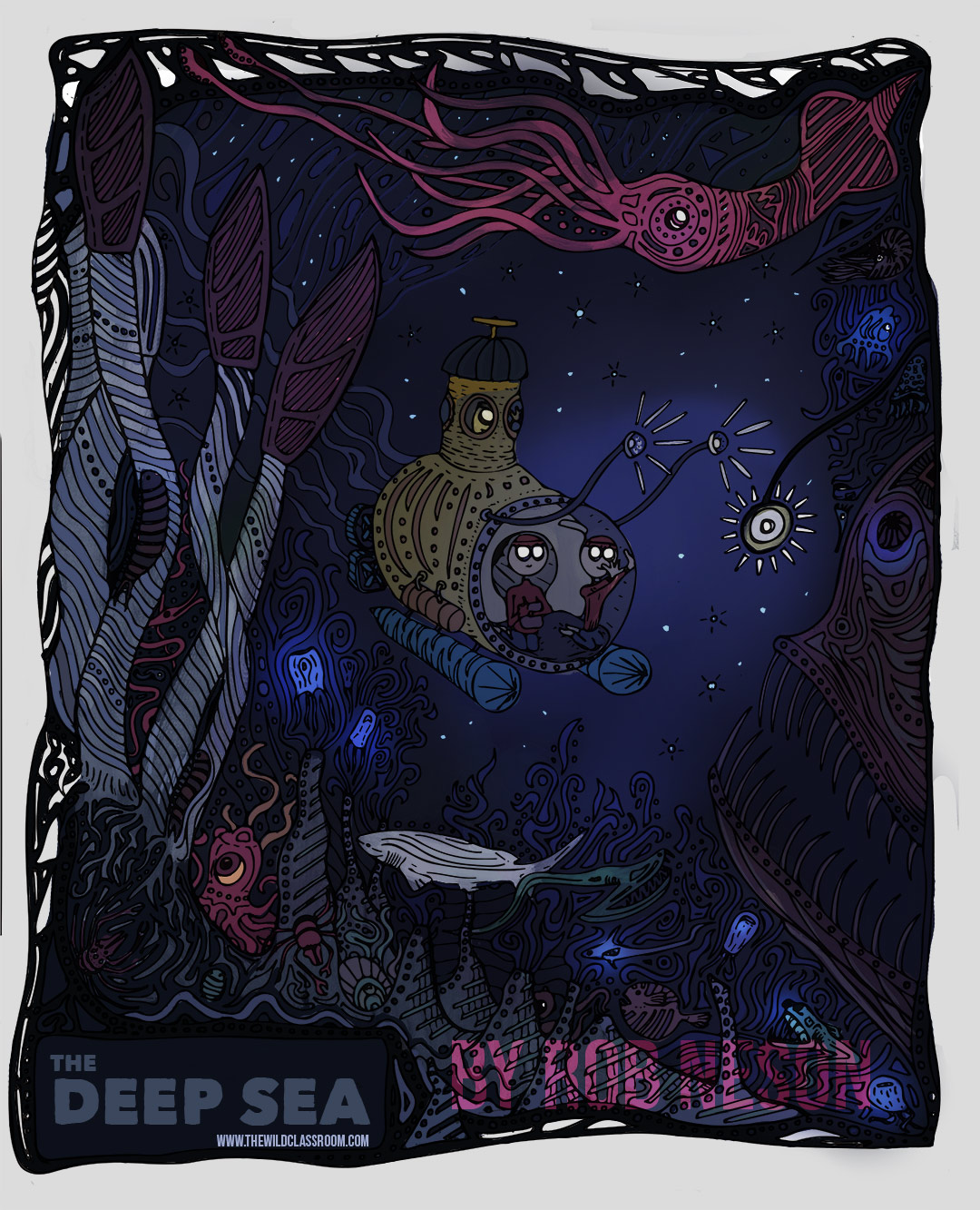 The following is a video about a shark we saw in our deep sea submersible trip.