The boreal forest (also known as the taiga, a Russian word meaning swampy moist forest) is found in a nearly continuous belt across North America and Eurasia.

Most of Canada and Russia are covered by coniferous trees that make up this biome.

The climax trees are furs, spruces and pines. Subclimax plant communities may have deciduous trees like larch, tamarack and birch

Climate: The boreal forest corresponds with regions of subarctic and cold continental climate. There are long, severe winters (up to six months with mean temperatures below freezing) and short summers (50 to 100 frost-free days), as is a wide range of temperatures between the lows of winter and highs of summer. For example, Northern Minnesota, near the boundry waters where we canoed, has recorded extremes of minus 70 ° Fand plus 100 ° F. Mean annual precipitation is 15 to 20 inches,(55 to 70 inches in the boundry waters) but low evaporation rates make this a humid climate. 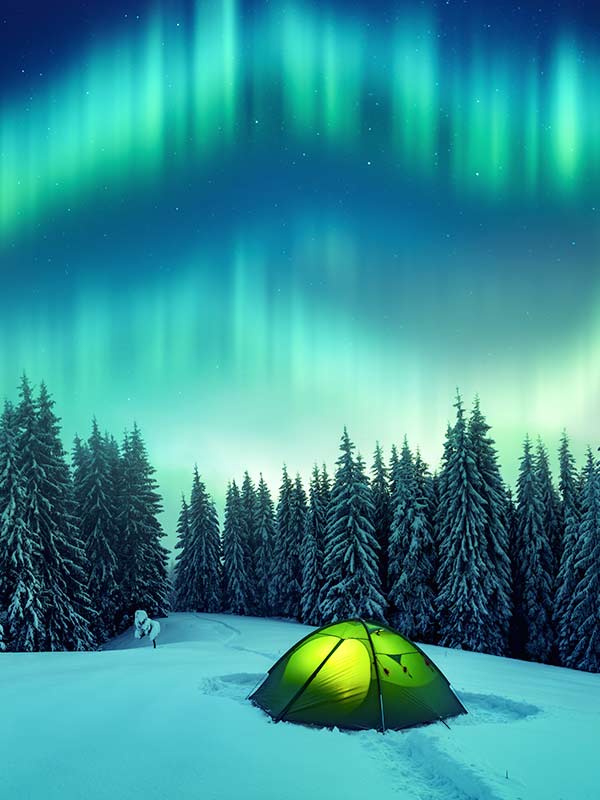 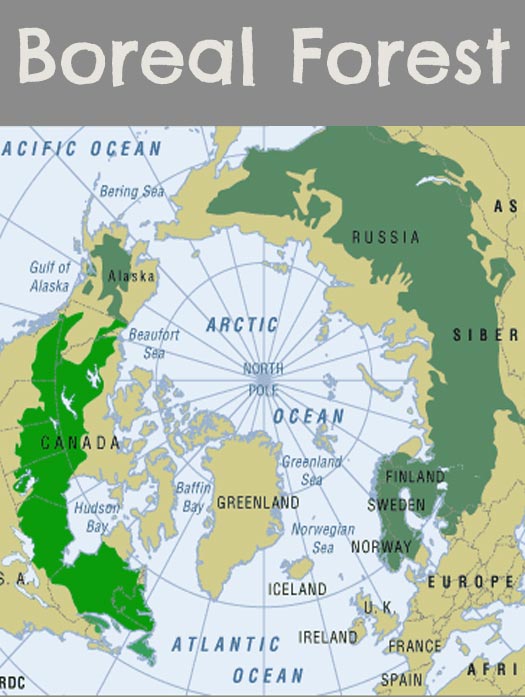 Vegetation: This biome has very characteristic trees. Dominant trees in the taiga are Needleleaf, coniferous (gymnosperm) trees. From a biodiversity standpoint, there is little diversity in the main trees. The four main genera found are: the evergreen spruce (Picea), fir (Abies), and pine (Pinus), and the deciduous larch or tamarack (Larix). In North America, one or two species of fir and one or two species of spruce are dominant. Across Scandanavia and western Russia the Scots pine is a common component of the taiga.

There are several other trees that can be found in this zone. They are early succesional trees (trees found in disturbed habitats that over time will be replaced by the climax community of spruce, firs and pines). The most common trees are the deciduous alder (Alnus), birch (Betula), and aspen (Populus).

Growth form Adaptations: The main reasons firs, spruces and pines are the dominant trees in the boreal forest, and thus define the biome is because they are adapted to the extreme conditions brought about by the cold, including the winter-induced drought and the short growing season. The following are some of the main adaptations we found that trees in this zone have:

Soil: Podzolization occurs as a result of the acid soil solution produced under needleleaf trees. The main soil order associated with the taiga is spodosol.

Other explanations of boreal forest