The intertidal zone, also known as the littoral zone, in marine aquatic environments is the area of the foreshore and seabed that is exposed to the air at low tide and submerged at high tide, ie the area between tide marks.

This is for a variety of reasons; firstly the supply of water which marine organisms require to survive is intermittent. Secondly, the wave action around the shore can wash away or dislodge poorly suited or adapted organisms. Thirdly, because of the intertidal zone’s high exposure to the sun the temperature range can be extreme from very hot to near freezing in frigid climates (with cold seas). Lastly, the salinity is much higher in the intertidal zone because salt water trapped in rock pools evaporates leaving behind salt deposits. These four factors make the intertidal zone an extreme environment in which to live. 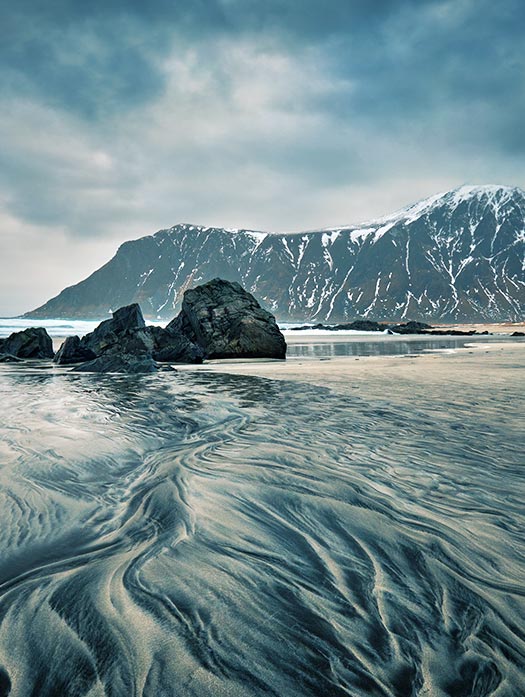 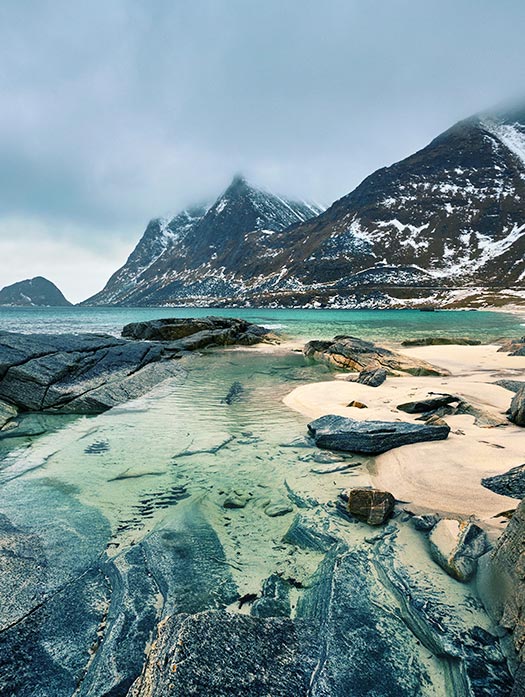 A typical rocky shore can be divided into a spray zone (also known as the Supra-tidal Zone, which is above the spring high-tide line and is covered by water only during storms, and an intertidal zone, which lies between the high and low tidal extremes. Along most shores, the intertidal zone can be clearly separated into the following subzones: high tide zone, middle tide zone, and low tide zone.

The high tide zone is flooded during high tide only, and is a highly saline environment. The abundance of water is not high enough to sustain large amounts of vegetation, although some do survive in the high tide zone. The predominant organisms in this subregion are anemones, barnacles, brittle stars, chitons, crabs, green algae, isopods, limpets, mussels, sea stars, snails, whelks and some marine vegetation. The high tide zone can also contain rock pools inhabited by small fish and larger seaweeds. Another organism found here is the hermit crab, which because of its portable home in the form of a shell does extremely well as it is sheltered from the high temperature range to an extent and can also carry water with it in its shell. Consequently there is generally a higher population of hermit crabs to common crabs in the high tide zone. Life is much more abundant here than in the spray

The middle tide zone is submerged and flooded for approximately equal periods of time per tide cycle. Consequently temperatures are less extreme due to shorter direct exposure to the sun, and therefore salinity is only marginally higher than ocean levels. However wave action is generally more extreme than the high tide and spray zones. The middle tide zone also has much higher population of marine vegetation, specifically seaweeds. Organisms are also more complex and often larger in size than those found in the high tide and splash zones. Organisms in this area include anemones, barnacles, chitons, crabs, green algae, isopods, limpets, mussels, sea lettuce, sea palms, sea stars, snails, sponges, and whelks. Again rock pools can also provide a habitat for small fish, shrimps, krill, sea urchins and zooplankton. Apart from being more populated, life in the middle tide zone is more diversified than the high tide and splash zones.

This subregion is mostly submerged – it is only exposed at the point of low tide and for a longer period of time during extremely low tides. This area is teeming with life; the most notable difference with this subregion to the other three is that there is much more marine vegetation, especially seaweeds. There is also a great biodiversity. Organisms in this zone generally are not well adapted to periods of dryness and temperature extremes. Some of the organisms in this area are abalone, anemones, brown seaweed, chitons, crabs, green algae, hydroids, isopods, limpets, mussels, nudibranchs, sculpin, sea cucumber, sea lettuce, sea palms, sea stars, sea urchins, shrimp, snails, sponges, surf grass, tube worms, and whelks. Creatures in this area can grow to larger sizes because there is more energy in the localised ecosystem and because marine vegetation can grow to much greater sizes than in the other three intertidal subregions due to the better water coverage: the water is shallow enough to allow plenty of light to reach the vegetation to allow substantial photosynthetic activity, and the salinity is at almost normal levels. This area is also protected from large predators such as large fish because of the wave action and the water still being relatively shallow.