Rainforests are defined by the amount and frequency of rain.  To be a rainforest there must be at least 1750-2000 mm of rain a year and the rain must not be distributed extremely unevenly throughout the year.  For example, certain tropical savannas receive rain only a few months a year in monsoon-like downpours.  Such a large dry season however, severely inhibits plant growth and it is the plants that really make the rainforest.  The rain just helps determine the plants that grow here.

Rainforest climates can vary, depending where you are.  However, there are certain trends that are consistent within the rainforest.  First, there tends to be consistent, abundant rainfall throughout the year. Secondly, there is high humidity. These factors combine with the fact that average temperate is high to create a high evapo-transporation potential for plants.

The term rainforest is imprecise.  Most scientists define forests depending on finer gradients of rainfall. The Holdridge Lifezone “triangle” shows different biomes categorized on rain, temperature and evapo-transporation potential.  In the wet, hot corner of the triangle we see that the ecotype “rainforest” includes three other life zones, tropical moist forests, tropical wet forests, and tropical rainforests.  We’ve included all three life zones in our description of rainforest.  We’ve excluded temperate rainforests because while it receives a great deal of rain it functions very differently than tropical rainforests. 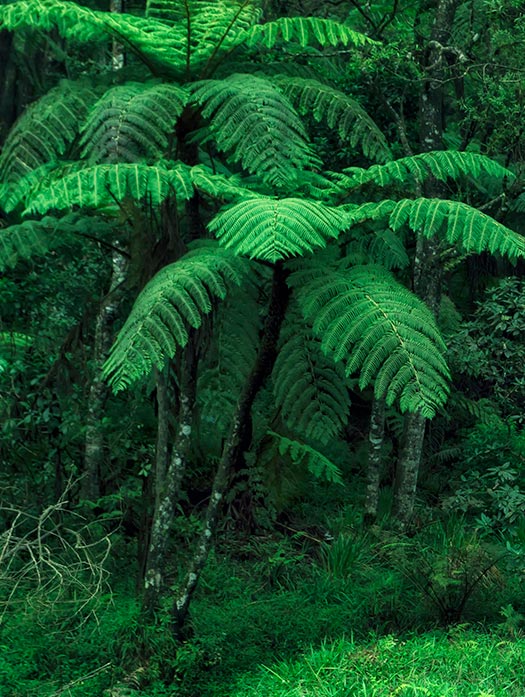 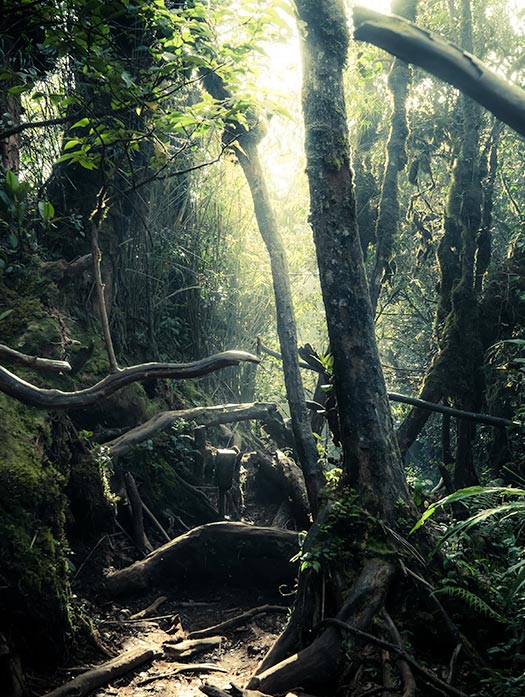 Where are rainforests found? Rainforests are found between the tropic of caner and tropic of Capricorn.  Most rainforests are found near the equator in areas where the rainfall is consistent and abundant (see above).  According to our previous definition it has been estimated that rainforests should cover about 12% of the globe.  However, as of 2007, they only cover around 5%.  This anomaly is a result of deforestation, conversion of rainforests to agriculture and other human related activities.  Relatively little of the deforested land has been converted into land that humans have used for habitation (See “Conservation efforts”).

Why we created these pages

If you’ve never been to the rainforest, stop for a second and try to picture it in your head.  Do you imagine rich, lush tropical forests teaming with birds, monkeys and frogs?  Does your imagination take you into a paradise where waterfalls cascade over cliffs and lianas dangle from the tallest canopy trees?  Or maybe your fears of deadly snakes and swarms of insects dominate your inner thoughts.  In reality both of these visions would be only a piece of the reality.

It is true that the rainforests harbor a great deal of diversity.  There are more species of insects, birds, bats, frogs … etc than are found in temperate habitats.  But, the reality is that they live in a very complex habitat and they’re often harder to find that you’d think.

As biologists we can remember our first times in the rainforest.  Each of us grew up in either temperate North America or Europe.  We had only seen the rainforest on television and envisioned the rainforest to be something similar to a large zoo exhibit. Yet, when we arrived the animals didn’t just present themselves to us.  It was only when we spent a lot of time in the forest and started to study it that we realized just how amazing, diverse and wonderful the rainforest truly is.

We created this web resource and these videos as a way to more accurately depict the rainforest so that anyone interested can learn more and someday visit and appreciate these ecosystems.