Wetlands are areas of standing water that support aquatic plants. Marshes, swamps, and bogs are all considered wetlands.

A Wetland is described by the plant species that live in it. If an area is wet enough for long enough to support a majority of plants that are adapted to wet conditions then you have a wetland.

Plant species adapted to the very moist and humid conditions are called hydrophytes. These include pond lilies, cattails, sedges, tamarack, and black spruce. Marsh flora also include such species as cypress and gum. Wetlands have the highest species diversity of all ecosystems. Many species of amphibians, reptiles, birds (such as ducks and waders), and fur-bearers can be found in the wetlands. Wetlands are not considered freshwater ecosystems as there are some, such as salt marshes, that have high salt concentrations—these support different species of animals, such as shrimp, shellfish, and various grasses. 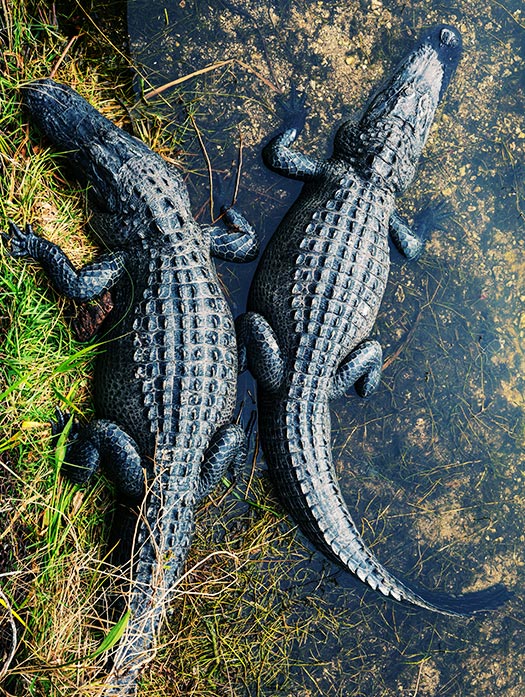 There are many types of wetlands. Scientists often divide them up into the following groups.

Marshes are characterized by the presence of soft-stemmed vegetation adapted to saturated soils. These are typically grasses, sedges or rushes. Some common ones include prairie potholes, the expanses of the Everglades, and salt marshes.

Swamps are characterized by the domination of woody plants. There are many different kinds of swamps including the cypress swamps of Louisiana, Red Maple swamps in the Northeast and the Mangrove forests of tropical and subtropical regions.

Bogs are distinctive wetlands that are low in nutrients and often contain very acidic water and extensive peat deposits. Bogs are also one of the stages of succession as a lake fills in.

Fens are different from bogs in that they receive their water supply from either runoff or groundwater (not rainfall). This usually results in a different water chemistry. Fens have either neutral or alkaline waters and are typically not stages in lake succession.