These are bodies of flowing water moving in one direction. Streams and rivers can be found everywhere—they get their start in the headwaters, which may be springs, snowmelt or even lakes. Then they travel often great distances to their mouths, often ending in the ocean.

The characteristics of a river or stream change during the journey from the source to the mouth.

The temperature is cooler at the source than it is at the mouth. The water is also clearer, has higher oxygen levels, and freshwater fish such as trout and heterotrophs can be found there. Towards the middle part of the stream/river, the width increases, as does species diversity—numerous aquatic green plants and algae can be found. Toward the mouth of the river/stream, the water becomes murky from all the sediments that it has picked up upstream, decreasing the amount of light that can penetrate through the water. Since there is less light, there is less diversity of flora, and because of the lower oxygen levels, fish that require less oxygen, such as catfish and carp, can be found. 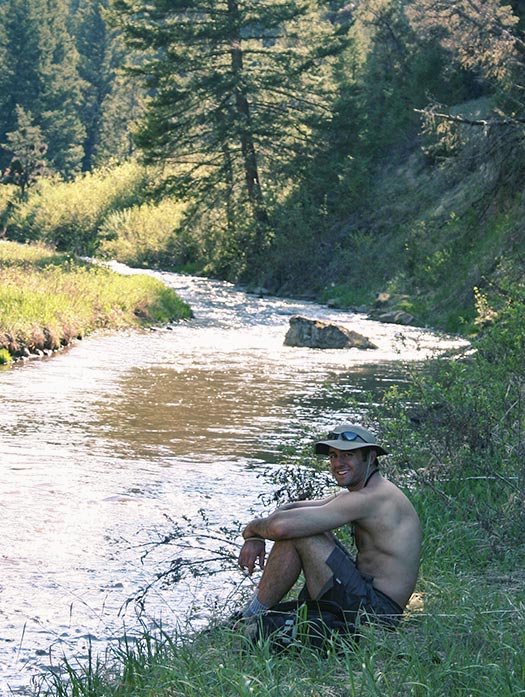 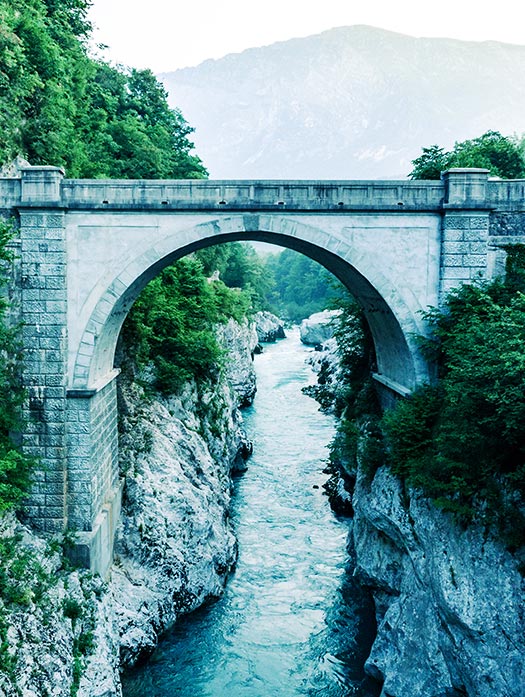 Rivers are full of life. Many forms of insects feed on microscopic life. These insects are then fed on by fish, which are fed on by birds and other animals that live near the river.  A good example river life in the United States is the Alligator Snapping Turtle.

Rivers are not static places; they change over time. A river has a way of picking up and depositing sediment which helps change its shape.  As a river bends, the speed of the water changes. Water on the outside of a bend flows faster than the water on the inside of a bend, so sediment tends to deposit on the inside of a bend and get picked up and moved away on the outside. Over time this creates larger and larger bends. Occasionally the water creates such large bends that the river actually bends in on itself. The river then takes the shortest corse and leaves an old bend.  These old bends get cut off from the main river and are called oxbow lakes.

One of the largest North American mammals found in streams and rivers near the coast is the giant West Indian Manatee. In Florida it is called the Florida Manatee, a subspecies of West Indian Manatee. In the video below, our crew members Rob Nelson and Jonas Stenstrom traveled to Homossasa Springs State Park to get a better glimpse of these amazing omnivores.